Little Wyatt pretty much spent the first week of his life living in this box. He was born with Jaundice, which means that his body had an excess of bilirubin {something we all have in our bodies} which causes the skin to be tinted yellow. Usually the liver can help to flush out the excess of bilirubin but since Wyatt was born a month early, he had a difficult time doing this on his own. He also had what the doctors called a “traumatic” birth, but that’s a whole different post. 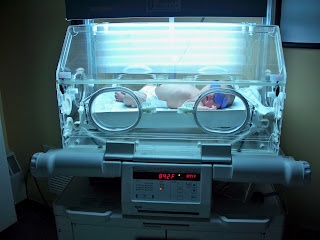 So here he was, the boy in the box. We stayed in the hospital an entire week waiting for his levels to go down so we could take him home – but it seemed like each time they tested him, his levels went up. We were only allowed to take him out for feedings and that was it- if we had to change his diaper, we had to do it while he was in the box. The special blue bili lights helped him {over the course of a week} get his levels down. 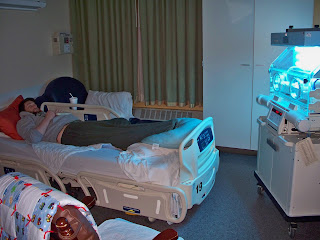 It was so hard to not snuggle him, kiss him, and hold him whenever I wanted to. William and I made sure to cherish the time when he was out for feedings giving him all of the kisses we’d saved up. Wyatt had to wear special eye coverings {pictured below} when he was in the box so he couldn’t even look at us when we sat near him.

And yes, of course I snatched these up and kept them after we left the hospital. 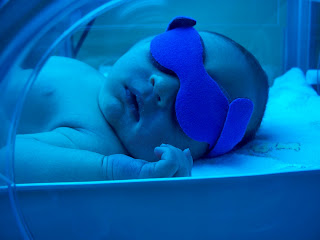 I know some have it far worse, and we are truly blessed that there were no other complications but staring at my baby inside this box… not being able to touch him- hold him- was one of the most difficult things I’ve ever been through. It was harder than birthing this 8lb 9oz baby!

The way they would test his levels was to prick the bottom of his little foot and then squeeze the blood out. This was equally as hard on me, watching Wyatt go through this time and time again. I would have done anything to take the pain for him.The bottom of his feet were SO bruised and there were band-aids taped all over his heels.
But then finally, finally, after a week of the poking and prodding, they said his levels were good enough for him to come home! I have to admit that I burst into tears.. actually, I cried EVERY day that we were in that hospital but the day they told us we could go home was probably the hardest I’ve ever cried.
It had finally happened… they finally told us we could go home. 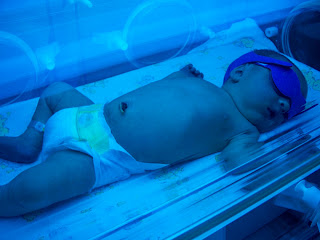 But, like with anything else- there was something tied to that deal.
Wyatt had to continue to get the UV treatment only this time, he could wear a special vest.
The doctor told us he would be on it for about a week. 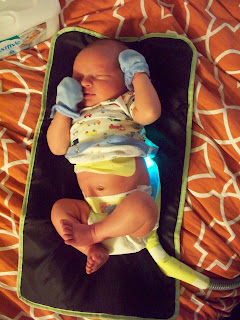 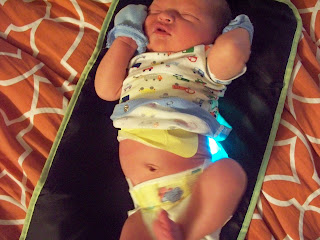 Look how little and smushy Wyatt was!
We could take him off for 30 minutes a day and we used that time to either bathe him, or take him outside to sit in the sun.
This was our set-up. We had Wyatt in the living room on a futon plugged into his machine and William and I would camp out in the living room with him each night. I just couldn’t leave him out there alone, he needed too much attention and my heart just couldn’t stand him sleeping alone.
Well, one week turned into three weeks of being on the vest. 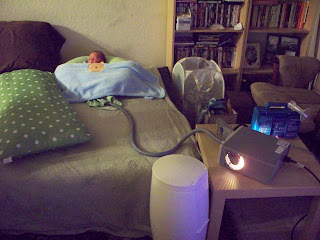 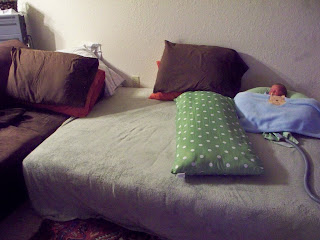 Each time we would take him in to get tested his levels were somehow the same until one day-
they said he could be free of the vest! 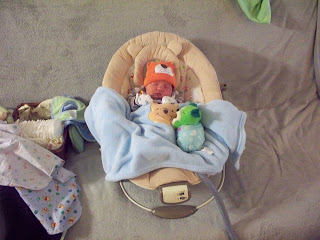 {I cried then too…}
We were SOO happy to be able to snuggle him, carry him around, hold him without limits and finally sleep in our own bed again! 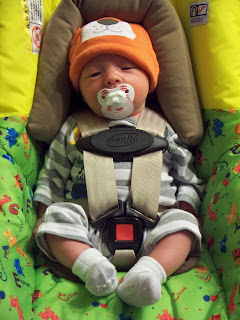 Wyatt was finally able to take on the town! See the excitement in his face? See it! 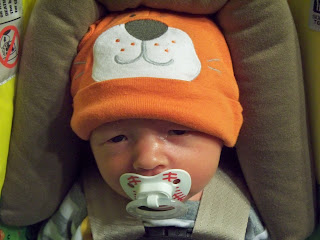