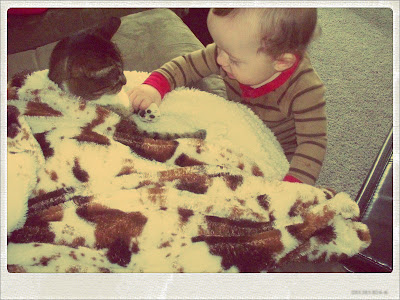 This is Wyatt and his best friend – our cat Mason.
They have a love/hate relationship.
He loves to chase her around – and she hates it.
Because before Wyatt, Mason used to be the baby, she used to get all the attention.
In fact, after Wyatt was born Mason started peeing on everything – and I mean everything.
There was a definite rough patch there where we weren’t sure if we were going to be able to keep her.
Luckily, somehow things worked out. And she became extremely into Wyatt. 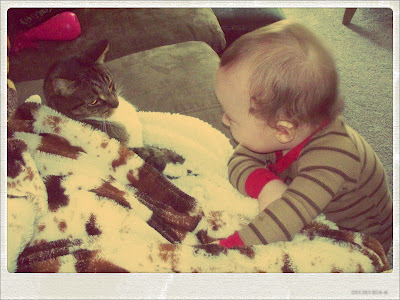 When Wyatt is in his crib, she is always nearby watching him. It’s pretty cute.
When Wyatt is on the floor playing, she is right there with him batting around his toys with her paws.
And about a month ago when Wyatt was fussy in the tub, she heard him crying —
and came running into the bathroom – immediately she started biting my ankles.
She had never bit anyone before, ever.
That’s when I realized something. She is now recognizing him as a part of our family.
And nobody messes with her brother. 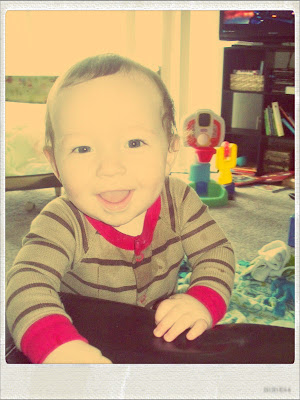 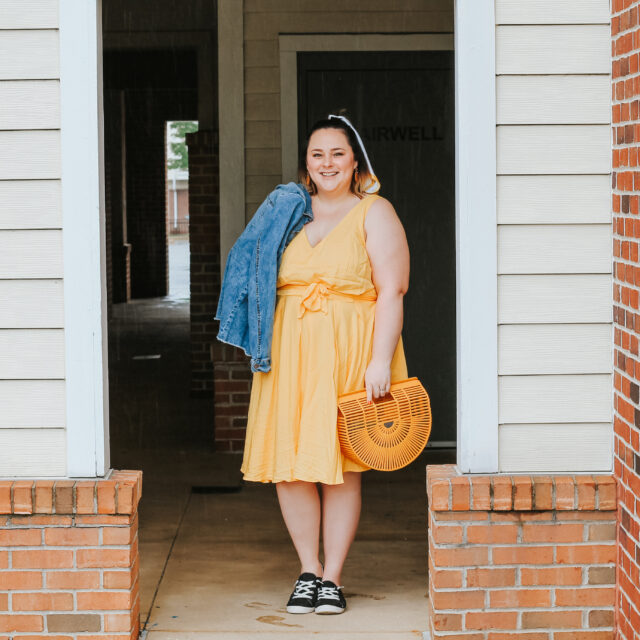