The scary thing about an Autism Evaluation is the fact that it’s an Autism Evaluation.
The morning of the appointment I felt unsure. I was nervous. A small part of me was convinced that maybe this would be the diagnosis that put all of the thoughts floating around to rest.

Instead it seems as if all of those thoughts were simply poured into a glass jar and shaken.

It reminds me of when I was younger and my brothers and I would play in my grandmothers backyard at night. We would always beg her for a jar to catch lighting bugs in. I remember running around the yard on warm summer nights with my brothers catching bugs. My brothers would smush the bugs against their skin until all that was left was the whisper of a faint neon glow. I remember how much I hated this. I kept my bugs safe in their jar, took them inside, and poked holes in the top. I remember falling asleep tucked under the thin sheets watching the little bellies of these precious bugs illuminate. My mind has been like a jar jam-packed with lighting bugs. Swarming and swarming round and round.

It turns out Wyatt passed his evaluation with flying colors. “He doesn’t have Autism,” the doctor said. 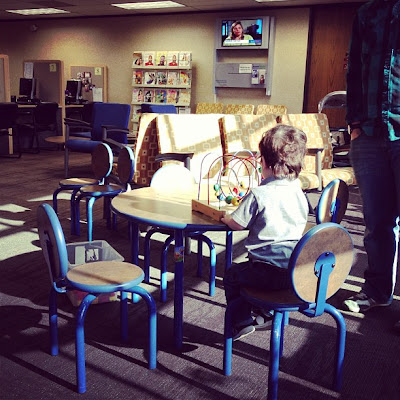 I wish I could say that after that statement William and I stood up to kiss each other, grabbed Wyatt and left that building. But that’s not what happened. The doctor followed up that statement with the dreaded “But…..” and my heart sank. Of course. Of course this wasn’t over.

She said that during the evaluation when she was examining Wyatt’s legs she noticed that he had some extra muscle mass. She said this is a common finding in kinds with neurological delays. She then said that she wanted Wyatt to have blood testing and and MRI.

My mind immediately flashed to an old episode of Grey’s Anatomy and I had to stop myself before I let my thoughts spiral. The doctor said that sometimes when a fetus doesn’t get enough oxygen to certain parts of their brain certain things can happen. So we’re looking at Wyatt’s brain to see if this is simply a speech delay, or if there is something more to it. But the extra muscle mass in his legs leads her to assume that there may be more.

We left her office feeling incredibly beaten-down. I held it together until we got to the car. I tried my best not to cry in front of Wyatt. I tried. But it was merely minutes before I felt the warmth and wetness dripping off my chin – and before I knew it – I was sobbing into my hands.

My baby. My baby is going to have an MRI.

To make matters worse – after the appointment we took Wyatt to the lab to get his blood drawn. There were two ladies poking him with needles in his arm and hand – and they couldn’t get anything. It was like they had never drawn a toddlers blood before. Wyatt’s body was shaking and shifting on the table under the weight of William and I attempting to hold him down. I softly sang the ABC’s in his ear but it did nothing to help. He looked up at me with tear-filled eyes and screamed. After they poked and wiggled in his arm, they poked and wiggled in his hand. Wyatt was drenched in sweat and hysterically crying. 15 minutes into it – I picked my baby up from the table and told them we were done.

So, that’s it folks.
I wish I had something happier to report.
But this is it – the genuine and raw truth.

We don’t know what’s wrong with Wyatt.
What if they see something wrong in his brain?
What if it’s not just a speech delay?
What if it’s true what the doctor says – that he didn’t get enough oxygen in pregnancy?
Is this my fault? My body’s fault?
This is what I’m wrestling with.

6 Comments on wrestling with my fears.