Yesterday was So much fun. Well, first we drove to the doctors so Wyatt could get his 9-month shots – an hour later we discovered that there is no such thing as 9-month shots and that I had made it up in my head.
Yup, not just another pretty face.
But, I was really impressed with Wyatt’s ability to sit still and look grown-up. He is turning into such a little man, growing out of “baby” phase and into the “boy” phase. 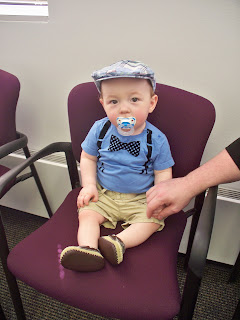 It was such a beautiful day out – and the drive with the windows listening to the oldies station down was really nice, so I’m still glad we drove out to the doctors 🙂 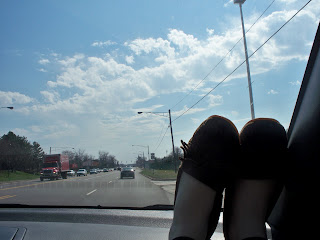 We went out to lunch at our favorite little Coney restaurant {I love the fact that they have high chairs there for us to use}. The people all know us because we always go there as a family to eat when we need to get out of the house- here is Wyatt smiling because he loves himself some Coney!
Actually, he is eating freeze dried yogurt bites.. 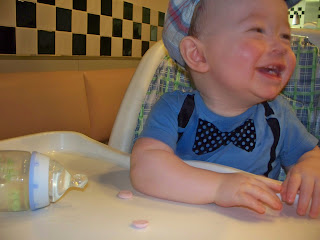 Then we broke out the stroller and walked to the park- for the second day in a row. I think I might have a slight park addiction- I LOVE taking Wyatt! 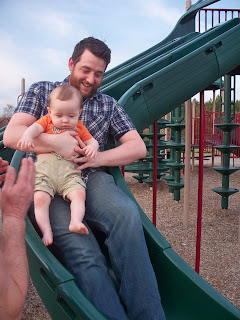 Plus, he’s becoming a master of the monkey bars {wait, I don’t know what these things actually are called}. 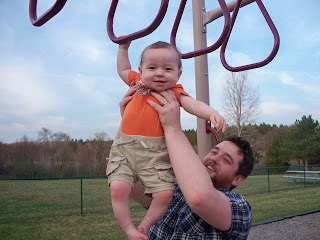 And I love to swing with him. See how good he is at holding on? Atta boy! 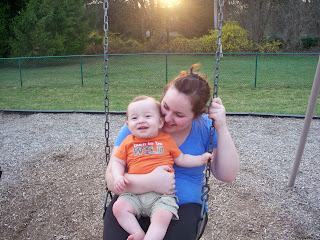 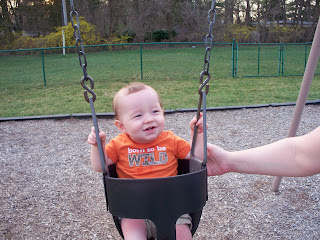 Oh, and he is also learning that chalk {non-toxic} is not for eating, but for drawing pretty pictures!

{The little scribble marks are all him!} 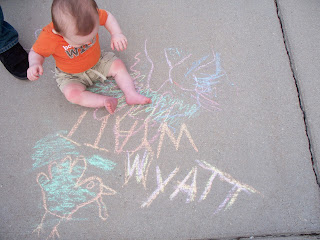 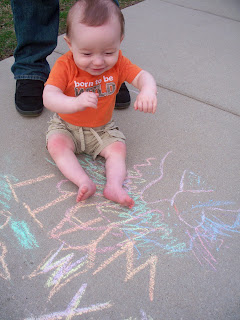 4 Comments on Let the sunshine in.