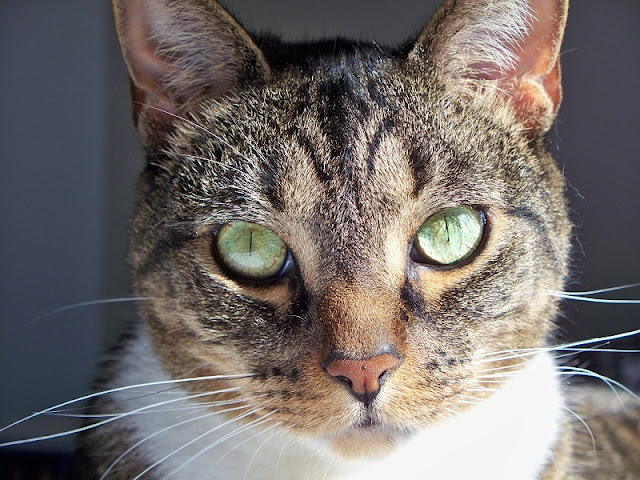 Long before baby things cluttered our apartment –
Before our schedules were crazy as can be –
William & I were just two crazy kids in love.
Two crazy kids that decided to adopt a kitten from a Detroit shelter. 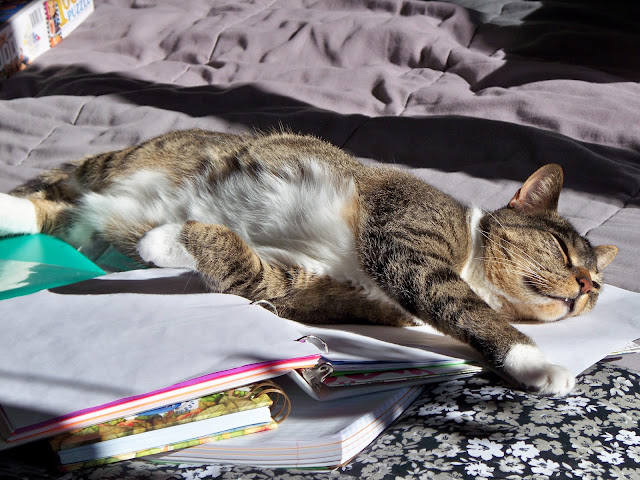 We named her Mason –
and because of that everyone thinks she’s a boy.
But we don’t mind.
Shortly after adopting Mason we found out she had Asthma
so now she gets a shot every other month.
It breaks my heart a little bit each time we go. 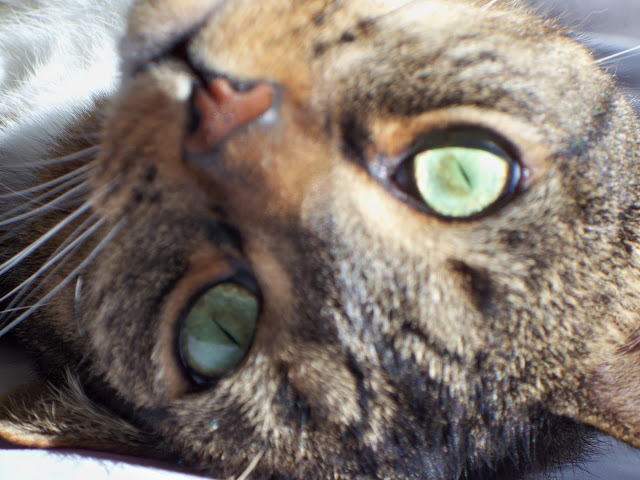 Two years ago Mason had a lump that had to be removed.
It cost over $600
But – her health was worth every penny.
I remember going to visit her when she had to stay over at the vet’s for the night. She had just gotten out of surgery and she was very drugged up. I looked into the cage and saw her curled up in the back, eyes watering and staring right at me. I immediately began to cry. This was my baby – my little kitten.
She tried to stand, but her legs kept giving out.
Eventually we had to leave because she would not stop trying to walk to me.
that’s love. 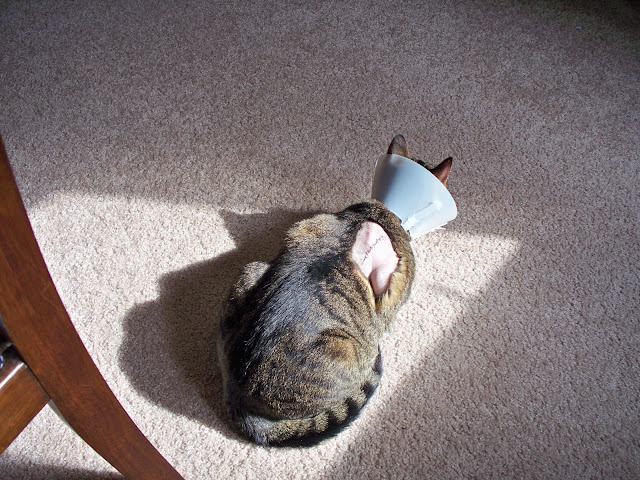 She wore a cone for weeks – and when she was finally allowed to take it off she had to wear a sweater vest. Those were some rough months. All she wanted to do was be near us – because it made her feel safe. 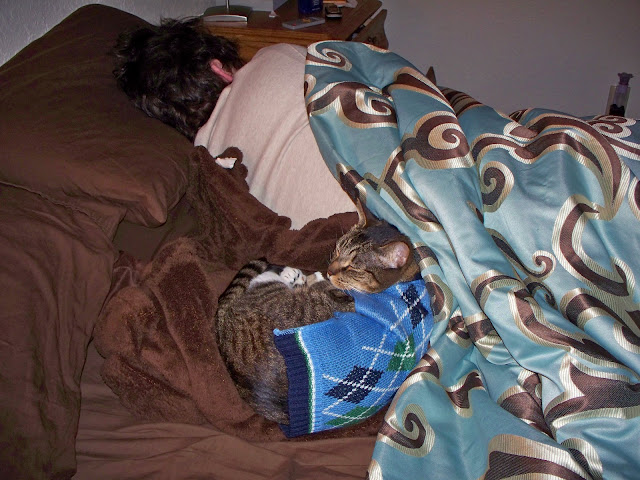 She has been with us through so much.
Through my illness.
Through out all of our ups and downs trying to conceive.
Through my surgeries.
Through everything. 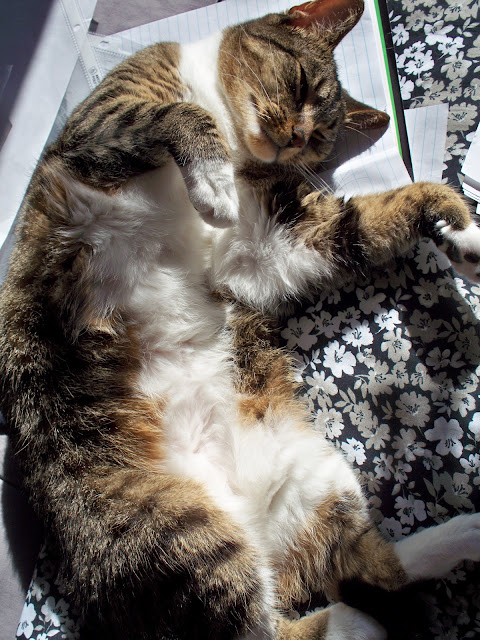 She even let me dress her in ridiculous costumes during the holidays.
Again, that’s love. 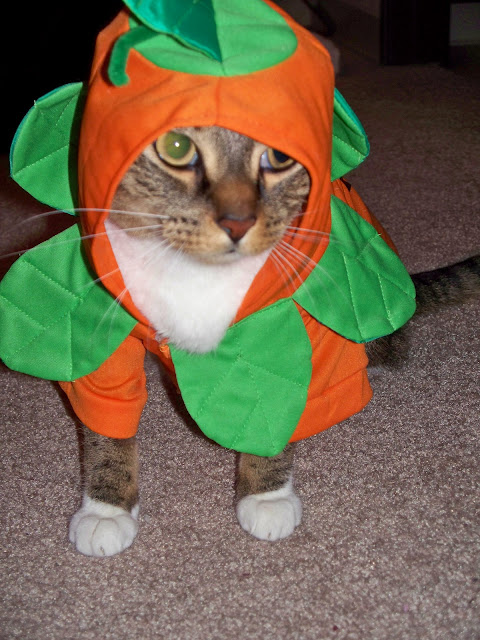 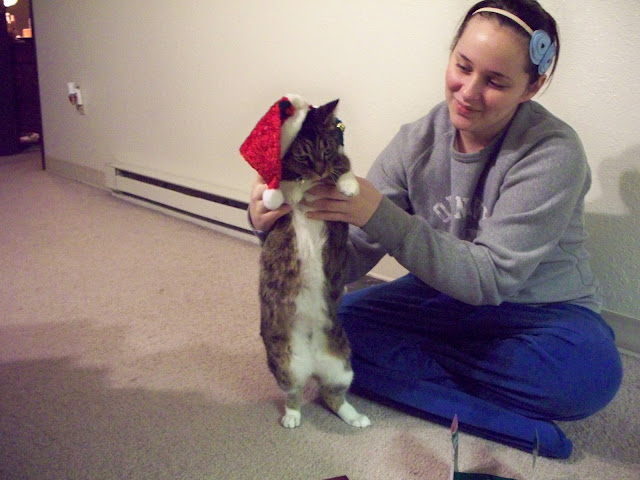 And for the past week she’s been sick.
And she’s going back to the vet tomorrow. 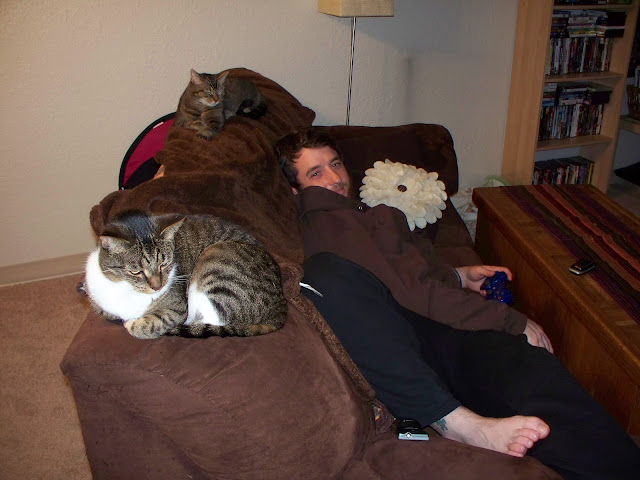 And I just can’t help but think –
This poor cat, hasn’t she been through enough.
She cuddled me when I was pregnant with Wyatt –
for those first few weeks when I was so nauseous and just wanted to lay down.
She’s always been there for me. 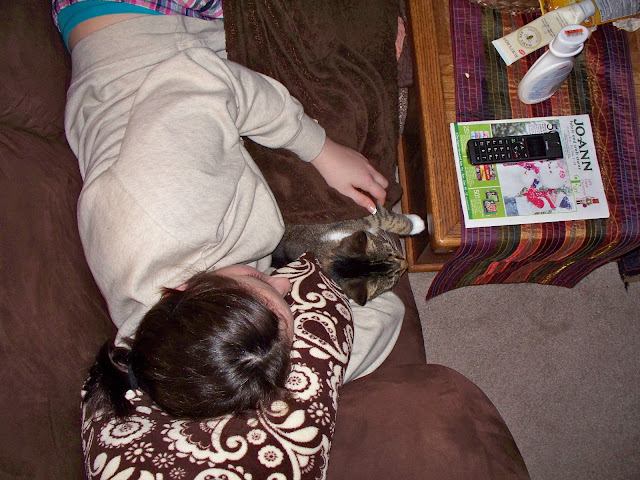 Plus, she makes me laugh constantly.
Like that one time she somehow got into the cabinets in the middle of the night
and we thought someone had broken in. 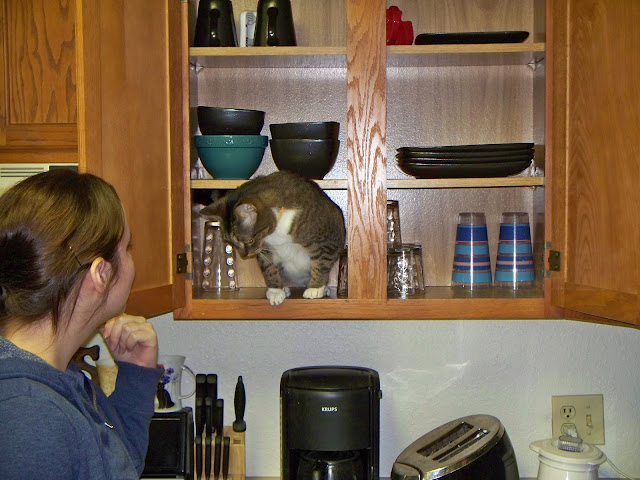 Or how she loves Wyatt so much – that when he goes down for a nap – she follows to watch after him.
When he plays with his toys on the floor – she gets down to play with him.
And no matter how many times he tries to “pet” her – she never moves.
that my friends, is love. 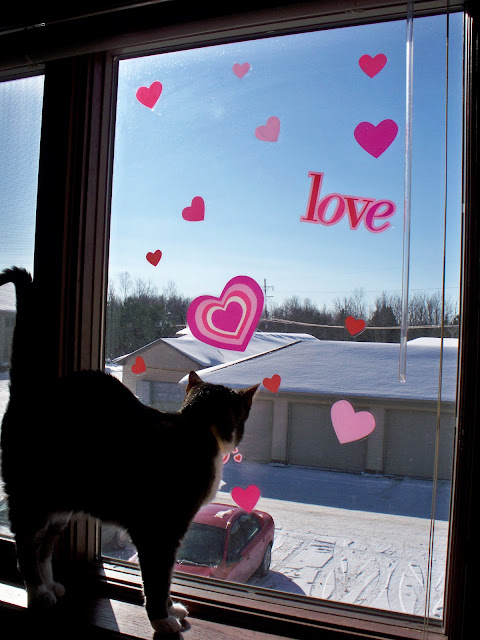 I know some of you may think this is crazy-
that I just wrote an entire post about my cat.
But when you have an animal for a long time
{Mason turns 6 this June}
they become a part of your family.
And when they hurt – you hurt.
When they are sick – you do everything in your power to comfort them.
I owe Mason so much – she was my first “baby”
she helped lay the stepping stones that led me to be the mother I am today.
And for that I will be forever thankful.

22 Comments on My FURst baby.