First, I need to tell you how much I appreciate all of your comments, tweets, e-mails, and messages. We have been shown so much love lately – and we definitely don’t take it for granted.

Today was an interesting but good day.

I had it all planned out – the night before I packed Wyatt’s bag and William and I were going to wake up the next morning and get ready – then grab Wyatt (while still asleep), change him, and put him in the car. But, of course that’s not how it worked out.

Wyatt had a plan of his own and it included waking up at 5:30am. 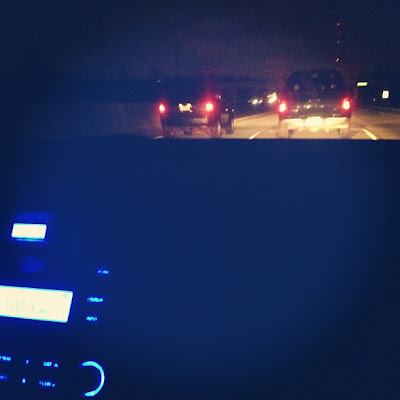 We all hopped in the car and left for the hospital – we arrived, checked in, and let Wyatt run around for a bit while we waited. They finally called us back and we went into a small soundproof room. It was pale yellow and had colorful wall decals of planets and shapes on the wall. Wyatt looked around at all of the different decals and then back up at me. I had to keep reminding him that I was there, and that he was okay. 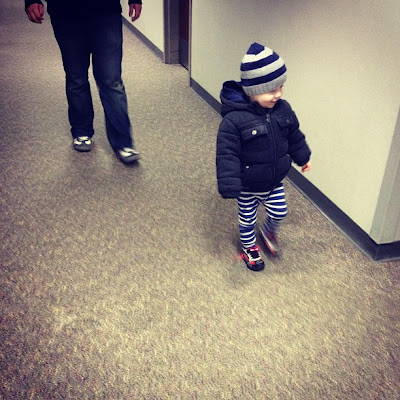 The doctor placed something in his ear that would send a small noise and if all was well, his other ear would echo the noise. They did this with both ears. He passed.

She then pulled out something else to put in his ear that would do almost the same thing. Except it was bigger and was testing to see if there was fluid behind his ear drums. In order for any of the tests to work – Wyatt had to be completely quiet. This was hard.

He was just so uncomfortable, and so upset. I had to hold his hands down for the testing because he was trying to pull them out of his ears (naturally). This was really hard for me. To hold him and know that he hated what was happening – and I couldn’t stop it. It needed to be done. The only thing that saved us was a Fisher Price app on my phone. It has ABC’s and 123’s on it – and Wyatt immediately became distracted when I pulled it out. (I highly recommend downloading it – it’s free!).

For the next test, Wyatt sat on my lap.
There were speakers above and to either side of us.
The doctor had left the room and was looking at us through the black tinted glass.
She started to make different noises from different sides of the room –
and she was watching for Wyatt’s reaction.

By the end of the third test, Wyatt was exhausted and over it. He was giving the doctor the 100 mile stare and wasn’t responding to anything she was doing. He looked like he was going to fall asleep in my arms.

So, she called it quits and wrote on his report:
“Wyatt did not respond to tonal noises – but seemed very tired. If speech does not improve in six months – Wyatt will need to come back to be re-tested.” 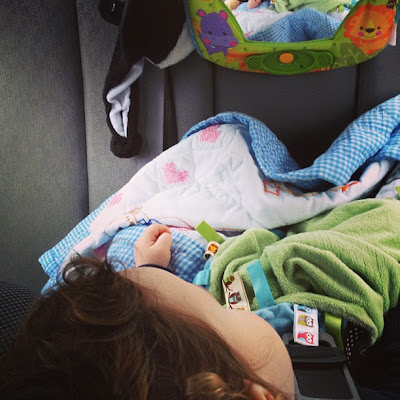 So from the testing, we’ve determined there is no hearing loss. So that’s one thing we can check off the list. I am both grateful and anxious. Grateful that Wyatt was able to hear everything today, and anxious because we’re still not 100% sure what is going on. For now we have to wait until his speech evaluation because that will determine where he really is.

I am so incredibly proud of Wyatt, he was so tough today.
When we put him in the car to go home he looked so tired.
I watched as his face turned to the side, and his eyelids closed.
It made me feel good to watch him finally be able to rest.

10 Comments on the test.