A huge thanks to Hologic, Inc.for sponsoring today’s post. 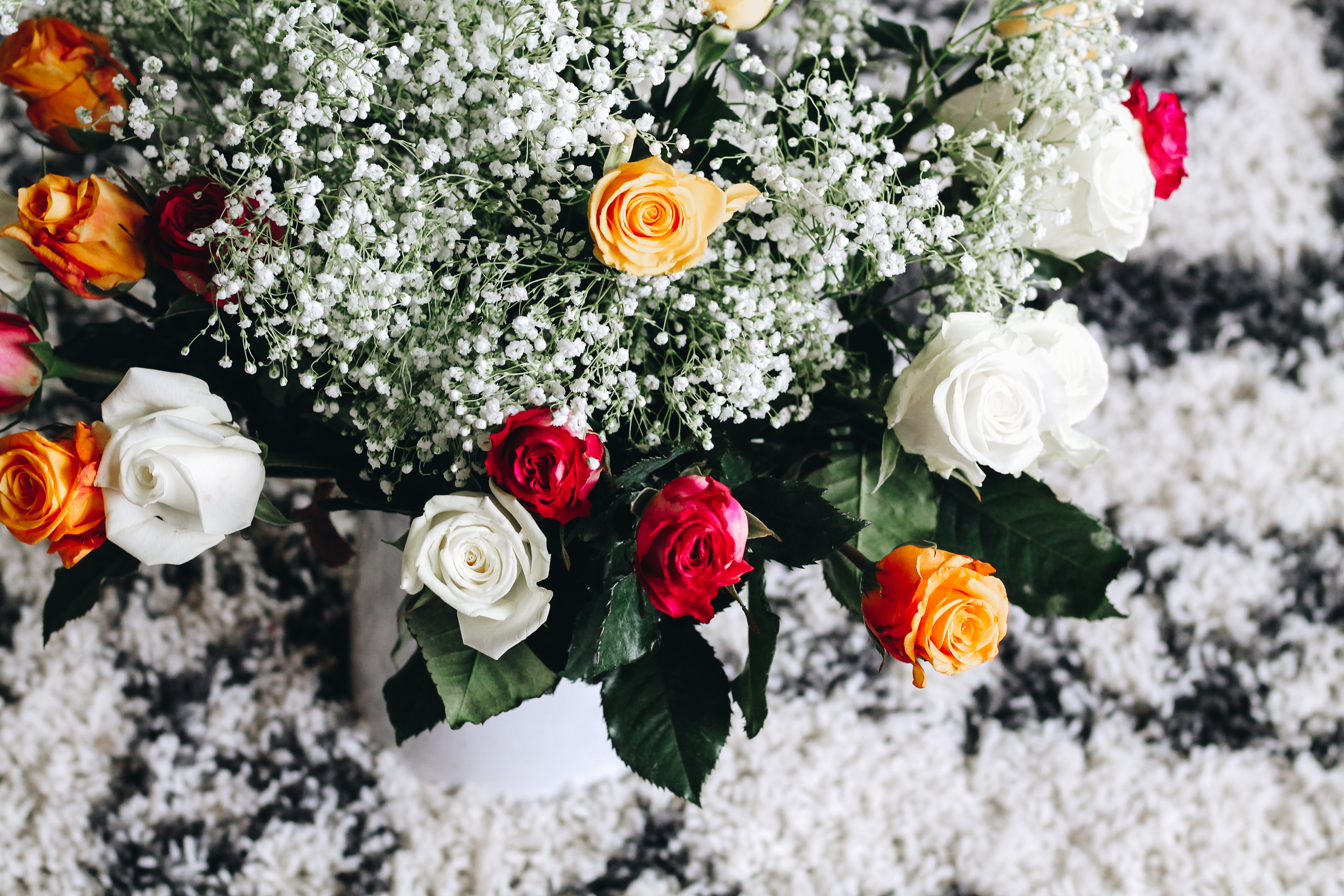 Let’s talk PERIODS. I know what you’re thinking – didn’t we secretly sign a contract saying we’d never ever share those kinds of private details with one another? NOPE. Women’s health topics are so under-discussed it’s crazy – which is why I am so excited to be creating more content around it in the coming months. Being aware of your menstrual health is important. As you know, I’m very open with you all about my struggle with Endometriosis, Interstitial Cystitis (painful bladder condition), and everything else. It’s because I believe women should be aware and actively discussing their health with friends, family, and especially with their doctor.

In a recent survey, 85% of women agreed that heavy periods were “normal” – and 69% agreed that pain is “something to be expected”.1

Growing up I had terrible, heavy, just awful periods. But I never said anything to a doctor because I thought what I was going through was completely normal. I remember hearing the women around me complain about cramps, so when my period started and I had cramps I was expecting pain. I thought it was normal, I thought the heavy bleeding was normal. But, it wasn’t. In fact, having heavy periods in itself is a diagnosable medical condition called abnormal uterine bleeding (AUB) which affects 1 in 5 women.2 That means, each of us likely has a friend suffering from AUB who may not even realize that their heavy bleeding isn’t normal – and could be treated. 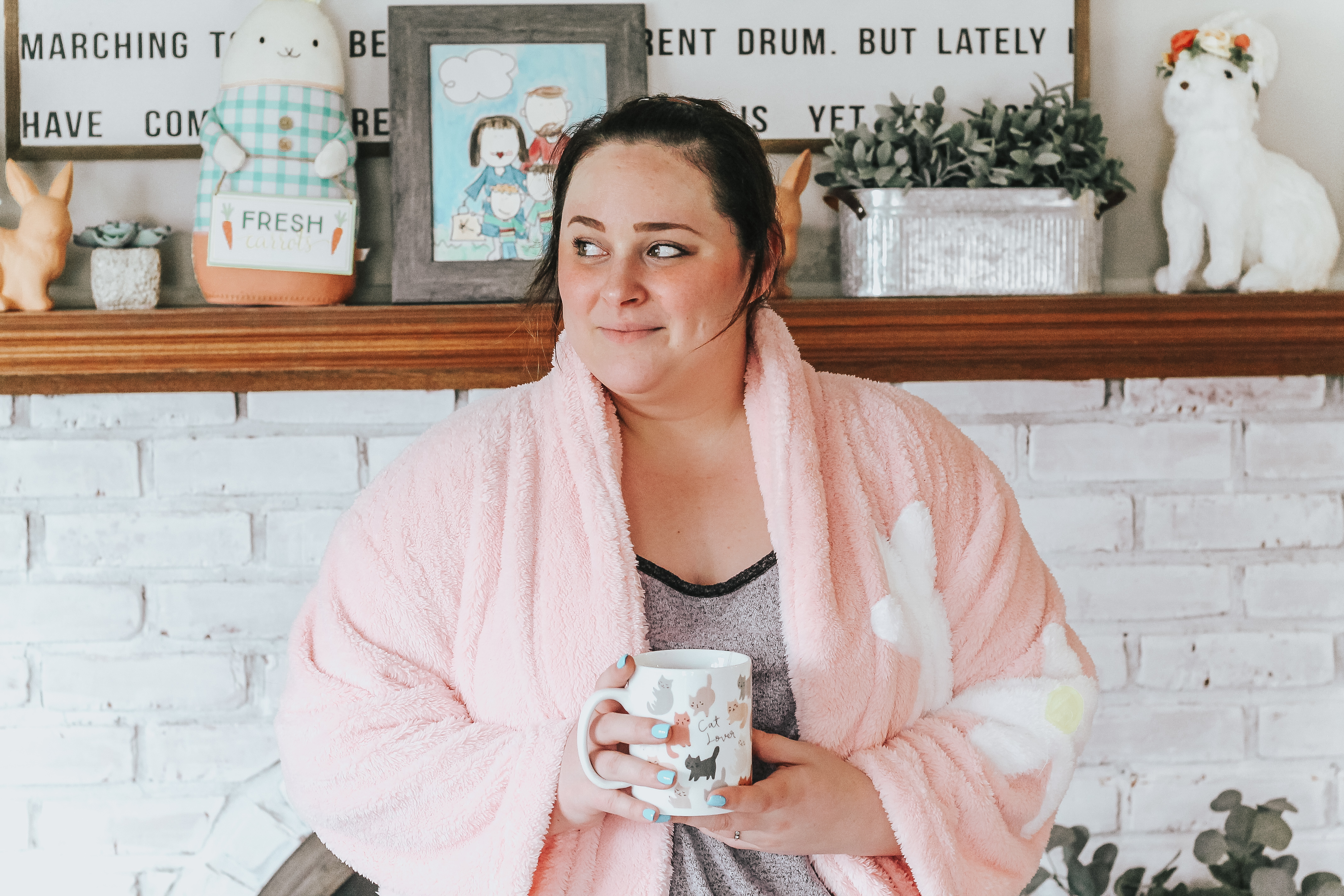 I hope that after reading this post – when you get to the very end, you feel inspired to take a few moments out of your busy day (I see you busy mommas) and care for your own health for a minute. I hope that if your period is too heavy, you’ll know that there ARE treatment options available that could greatly improve the quality of your life if you’re suffering. All it takes is that first step – talk to your doctor. 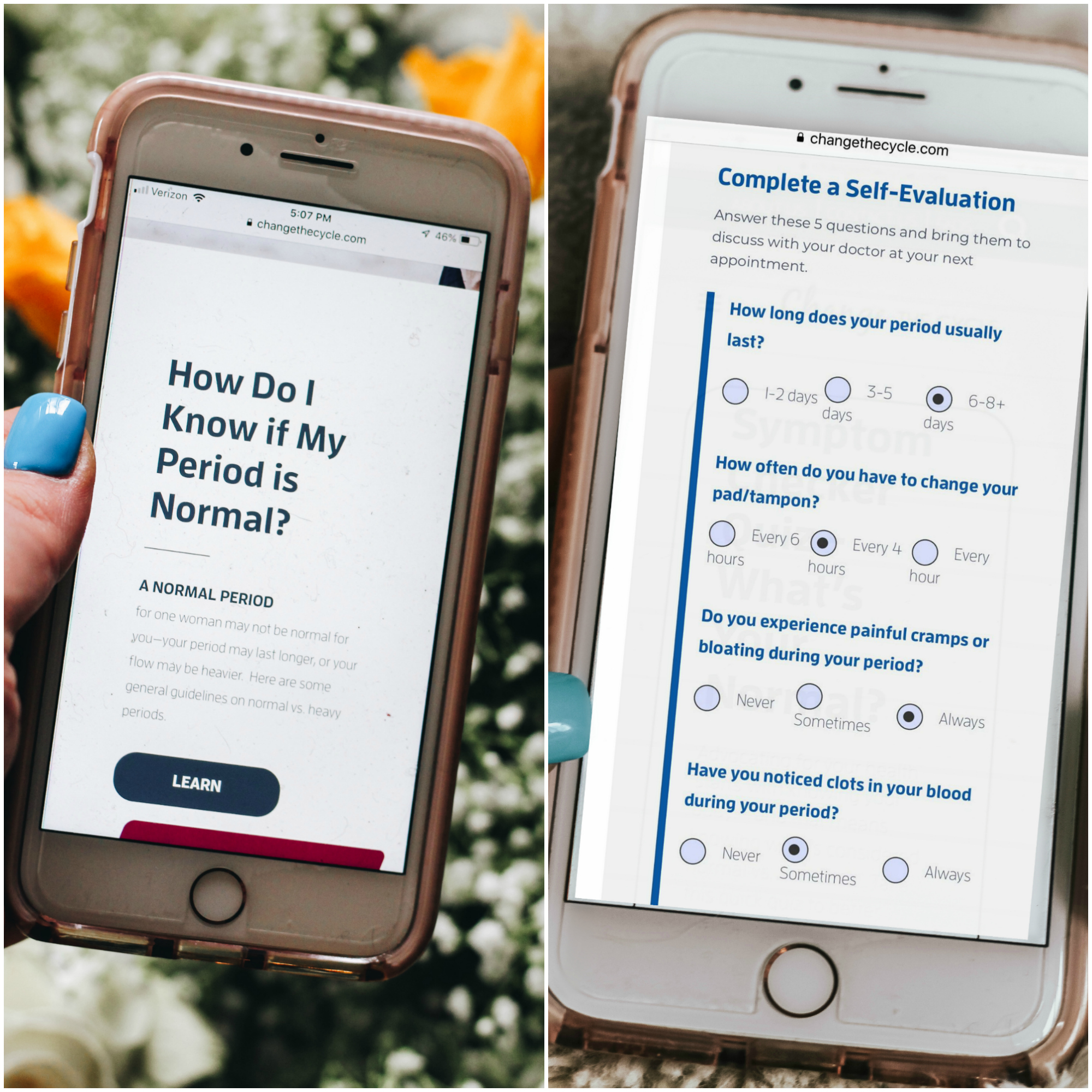 There are other women who hate their heavy periods, too – and now there’s a place to find solutions! We Hate Heavy Periods is a campaign that aims to shed light on abnormal uterine bleeding and help women be aware of their treatment options.

AUB affects 1 in 5 women but no one actually thinks their heavy periods could be considered a treatable medical condition, which is why speaking up and speaking out is important. I mean, again, this affects 1 in 5 women, think about that for a second.  Despite how common it is, it takes women with AUB up to 14 YEARS to seek treatment,4 on average. Why? Because they don’t know that treatment options exist.

In a recent survey, nearly half of women agreed that hormones were the only method to regulate menstrual flow.1 But that is totally not the only option. There are several options to treat AUB that can be discussed with your doctor.  And for women who are finished with childbearing, you can explore minimally invasive options like endometrial ablation, a one-time procedure that can reduce or eliminate your bleeding.2 In that same survey, only 30% of women had even heard of this option. And after dealing with my own uterine health issues, I know how frustrating it can be to feel like you don’t have options.1 So to all the ladies suffering from heavy periods – feel empowered to ask for options and work with your doctor to find a treatment that is best for YOU.

Women who are finished with childbearing should explore endometrial ablation with their doctor – a quick, 5-minute procedure that can reduce or eliminate your period. 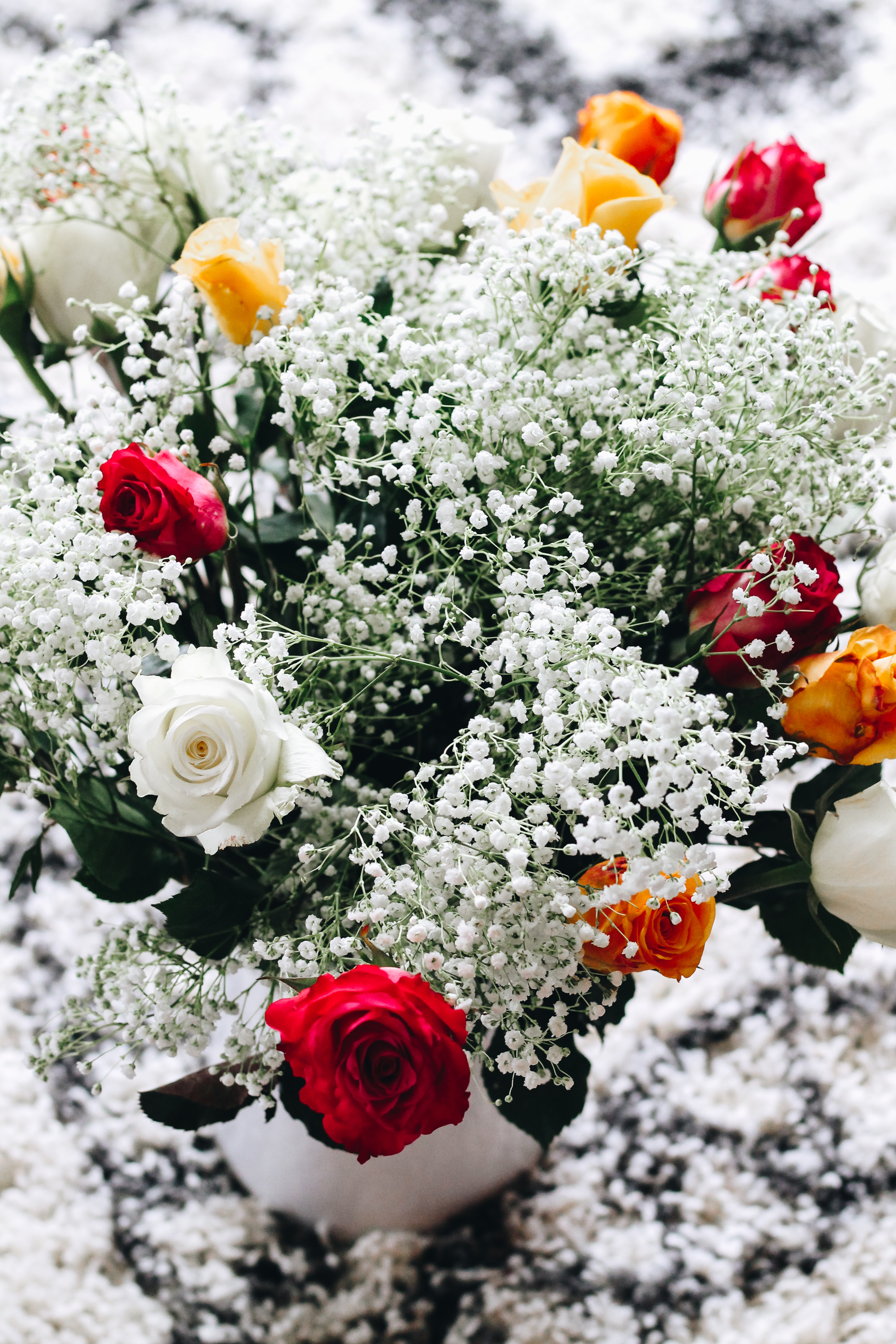 So what is normal and what’s not? Let’s hit on some key misconceptions that some women have about their monthly visitor. 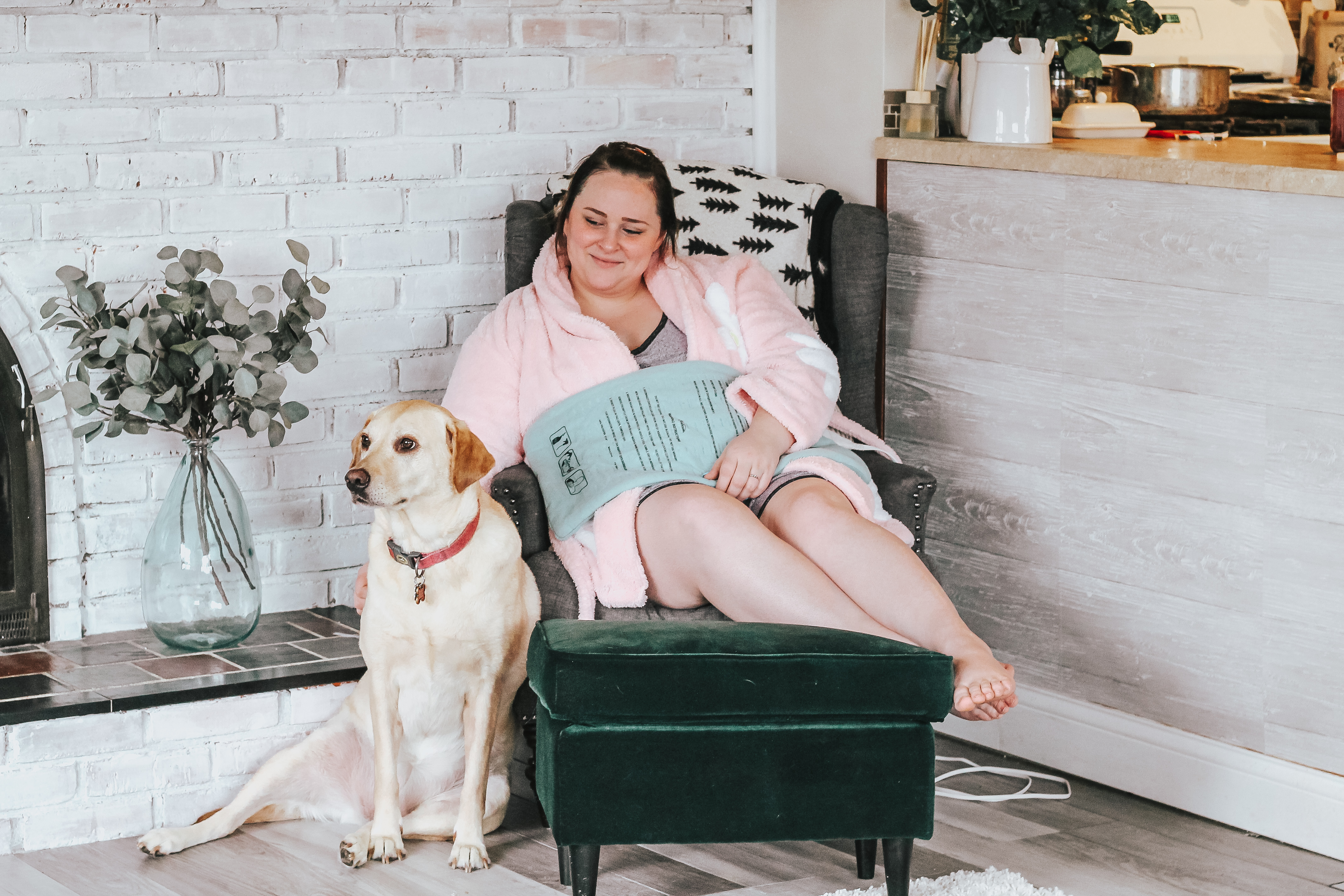 Abnormal Uterine Bleeding (AUB) is something that deeply affects women’s lives, yet it’s not openly discussed. I don’t know when exactly us gals were told that periods shouldn’t be discussed, but we were. Even a piece of me was nervous about sharing all of my personal “under the belt” issues when I first started writing about them. But now, it’s different – because I can see just how much one voice can change the lives of others. And your voice can change the lives of others, too! Talk to your mom, your girlfriends – talk to every woman you know about this. Use your voice!

If you’re nervous about speaking to your doctor, check out these Tips to Start the Conversation with Your Doctor. 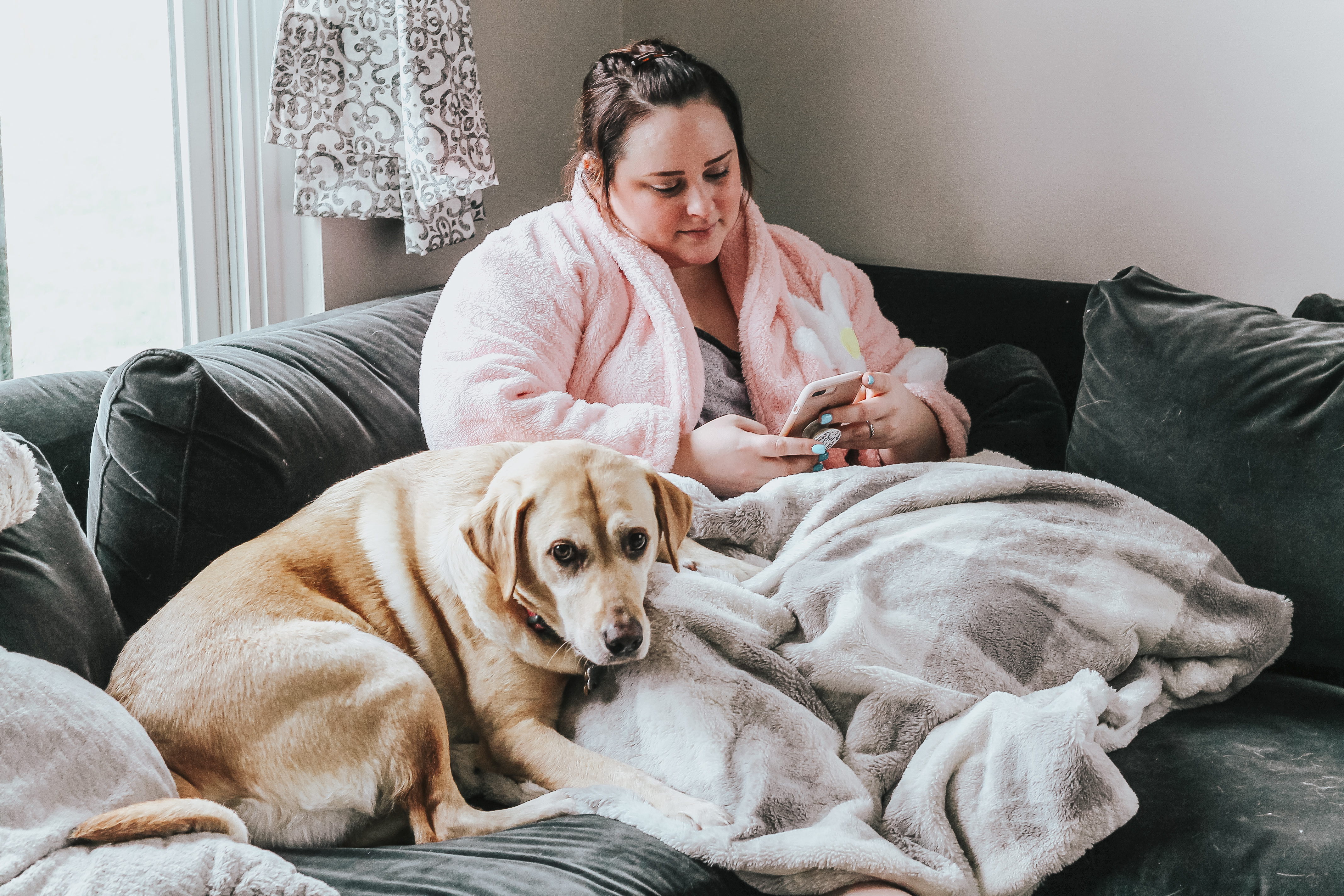 All women dislike having their period, but it’s crazy to think about all of the women that are suffering simply because they’re not aware of treatment options for AUB. They’re suffering even when they don’t have to be, so let’s help to spread the word, shall we? Be sure to share this post with every gal you know – you never know how it could help! Remember, it’s 1 in 5 women – so that could be you or your girlfriend!

Click to learn more about AUB and Endometrial Ablation

Click to learn more about the We Hate Heavy Periods campaign 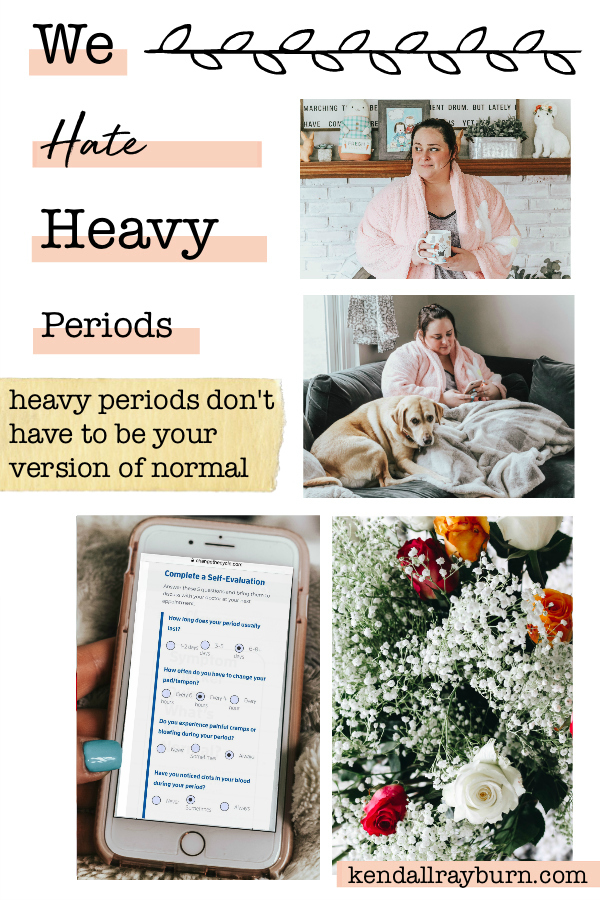