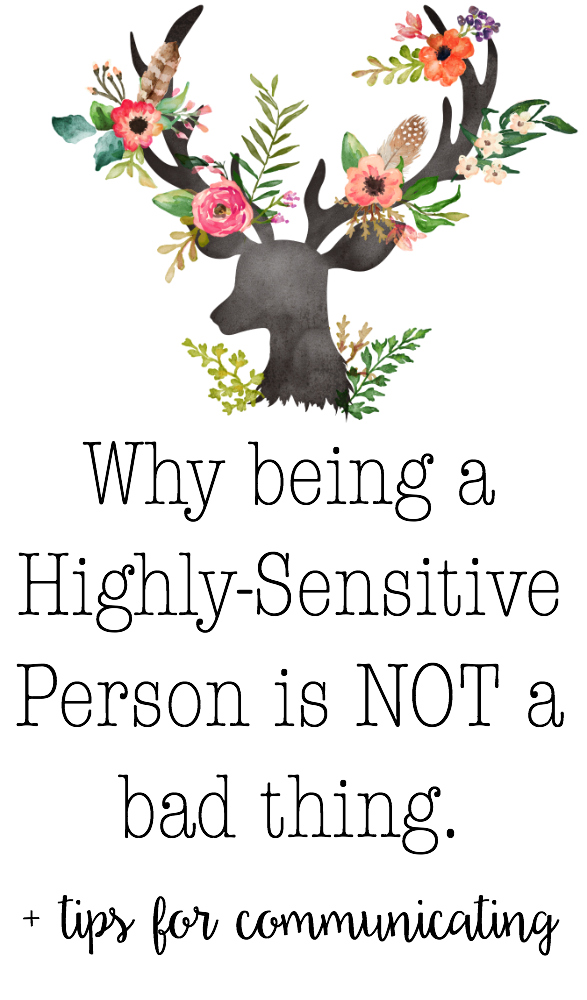 My whole life I’ve been a highly-sensitive person.

And my whole life, I’ve been led to believe that being too sensitive was a bad thing, a flaw, something that I should attempt to change or try and hide. People always told me they felt as if they needed to “walk on eggshells” around me. And for a long time, I believed them.

I thought it was a flaw, and I was embarrassed because of it. It became something I was so ashamed of, and it made me turn into someone who was nervous to react to certain situations, because I wasn’t sure how it would make those around me feel. In short, it was a big mess. And it took me a long time to learn to appreciate what makes me, me.

“It is because I think so much of warm and sensitive hearts, that I would spare them from being wounded.”
― Charles Dickens, Oliver Twist

I wanted to share a few reasons why I am now appreciating and accepting the fact that I’m a highly-sensitive person. Hopefully this reaches someone out there who is sensitive, too!

Why Sensitive People are Cool:

If I do something that is not right, it bothers me – and usually for a long time.

Some people have no problem letting things roll off their shoulders, but for sensitive people – guilt continues to build up until the issue is resolved. And until it is, the load just gets heavier and heavier. This is a good thing because I never feel like I have unfinished business, but it’s a bad thing because people don’t change – and you can’t change people. So fighting to resolve an issue with a difficult person is near impossible and you often cut yourself down in the process.

“Sensitive people are the most genuine and honest people you will ever meet. There is nothing they won’t tell you about themselves if they trust your kindness. However, the moment you betray them, reject them or devalue them, they become the worse type of person. Unfortunately, they end up hurting themselves in the long run. They don’t want to hurt other people. It is against their very nature. They want to make amends and undo the wrong they did. Their life is a wave of highs and lows. They live with guilt and constant pain over unresolved situations and misunderstandings. They are tortured souls that are not able to live with hatred or being hated. This type of person needs the most love anyone can give them because their soul has been constantly bruised by others. However, despite the tragedy of what they have to go through in life, they remain the most compassionate people worth knowing, and the ones that often become activists for the broken hearted, forgotten and the misunderstood. They are angels with broken wings that only fly when loved.”
― Shannon L. Alder

Tips for communicating with a sensitive person:

Are YOU a highly-sensitive person?